Seeing part time as a positive 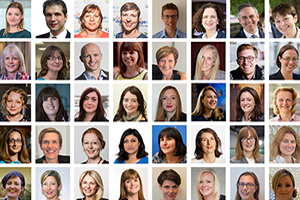 Timewise has just announced the results of its annual Power Part Time List, proving for the fifth year running that part time working need not be a barrier to business success.

The list does far more than provide encouragement for those who want to work part time –  there’s a message here for employers too. As Andrew Porter, Head of Talent at Diageo puts it:

“[The people on the list] are great examples of how working part time defies the notion of somehow being ‘less than’ - in fact, quite the reverse. These individuals demonstrate an ability to contribute exponentially more, by developing a heightened sense of focus, teaming and supported delegation.”

Significantly, more than half the people on this year’s list were hired into their role on a part time basis; part time was not just a concession to an established employee. According to Lynn Rattigan, COO at EY UK & Ireland:

“In an increasingly competitive market for top talent, organisations need to be more creative with their hiring strategies. The Power Part Time list provides examples of employers who are taking a progressive approach.”

Listed employers who recruited people into high-flying roles on a part time basis include Amazon, Belu Water, Notonthehighstreet.com, Lloyds Banking Group, The Pension Protection Fund, Pernod Ricard and many others.

It could be argued that it’s easier for part time working to succeed at leadership level, when the person has earned their stripes and has the benefit of a supportive team they can delegate to.

That’s why a new Power Part Time award category, sponsored by EY, turns the spotlight on the achievements of Ones to Watch – people lower down the talent pipeline who are forging successful careers and achieving spectacular results for their employers.

EY’s Lynn Rattigan feels that the Ones to Watch category “helps us to better understand how we can support our pipeline of future leaders, to achieve their personal and professional ambitions at the same time.”

Request a call back